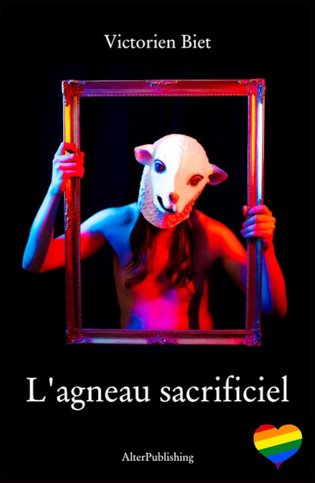 L'Agneau Sacrificiel is my first novel. Published in 2021 by AlterPublishing Editions, it could be seen as an alternative to my work "I am happy because every one loves me" in this sens that this is not a story about the healing process. It's a story about the unleashing of madness and violence caused by society's rejection of difference and of the misunderstanding of the complexity of social norms. It's the absolute opposite of what I was trying to do with my work on Louis Wain's art.

This novel is the story, written at the first person of a retired killer that will return to his murderous instincts pushed by his unsolved childhood traumas resurrected by a society that needs him to make uniform his behaving with the rest of the people in a dysfunctional system which can only survivre by controlling, censoring and changing the deviants during an era of crisis. By becoming a serial killer and a mass murderer, my character is breaking up with society, defying all the rules of common sense and reason. Sinking into a christic delirium that will convince him that, by being the only one who dares defying the rules, he is the savior humanity is expecting. By killing more and more people, he imagins that he could absorb the innocence of his victims, like a vampire, and that he could simply steal their beauty to hide his scars in order to look more "saviorish" to humanity. Finaly, he's expecting that this is the only way for him to be respected, to be treated with sympathy and gentleness, as a parallel with the actions of the rulers toward society. They can only be respected by being repressive and violent. "Violence begets violence" and that's what is happening in this story. A dysfunctional and violent system is giving birth to an abomination that will return the pain that was inflicted to him by the systemic machine and its creatures. This is a story about a monstrosity shared between different kinds of monsters creating and feeding each other with violence, rejection and fanaticism.

L'Agneau Sacrificiel is available in french language on Amazon.fr as a book or an e-book : buy.

To get a dedicated copy of my novel, you can contact me by sending me a message through the following form :